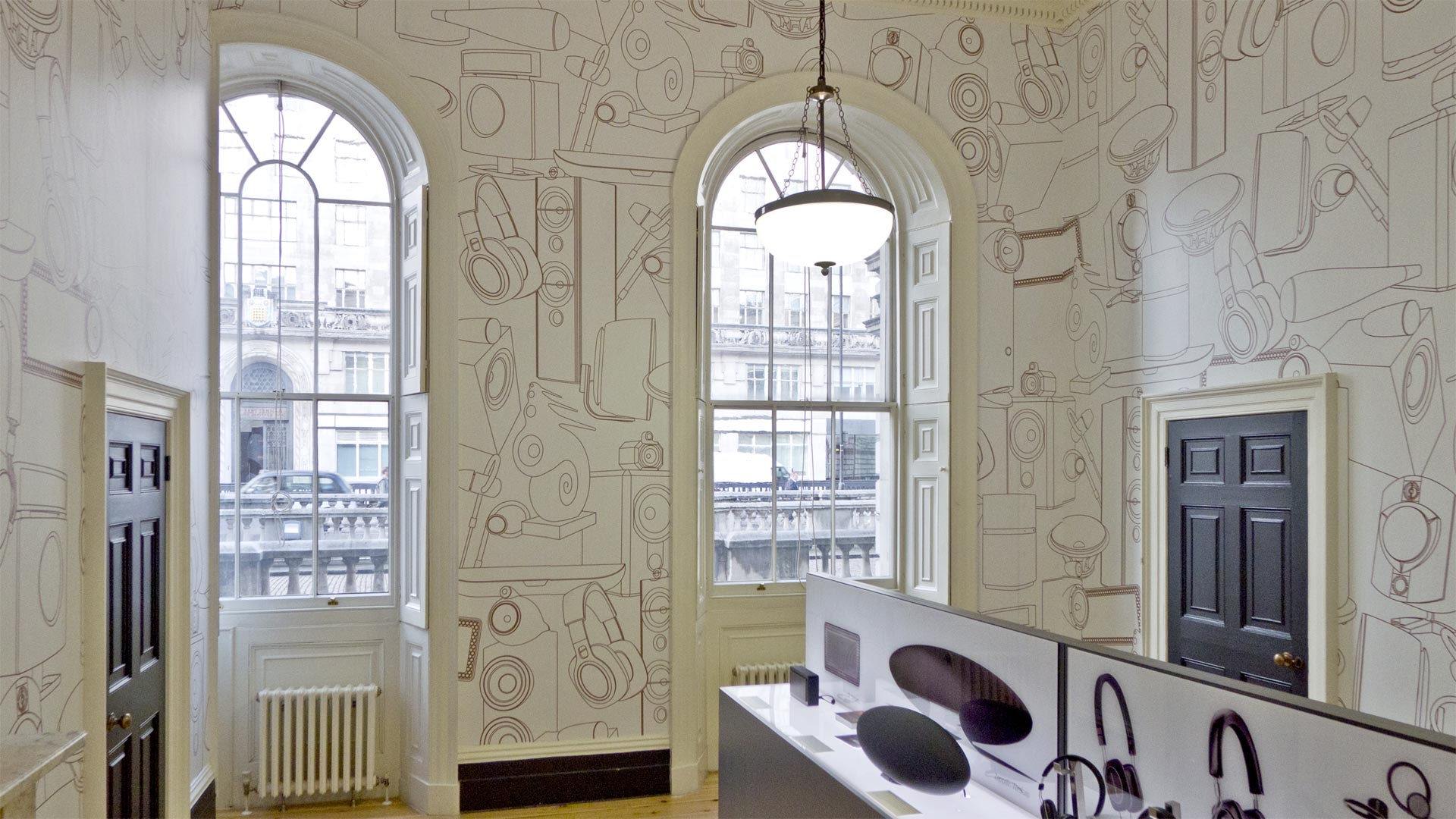 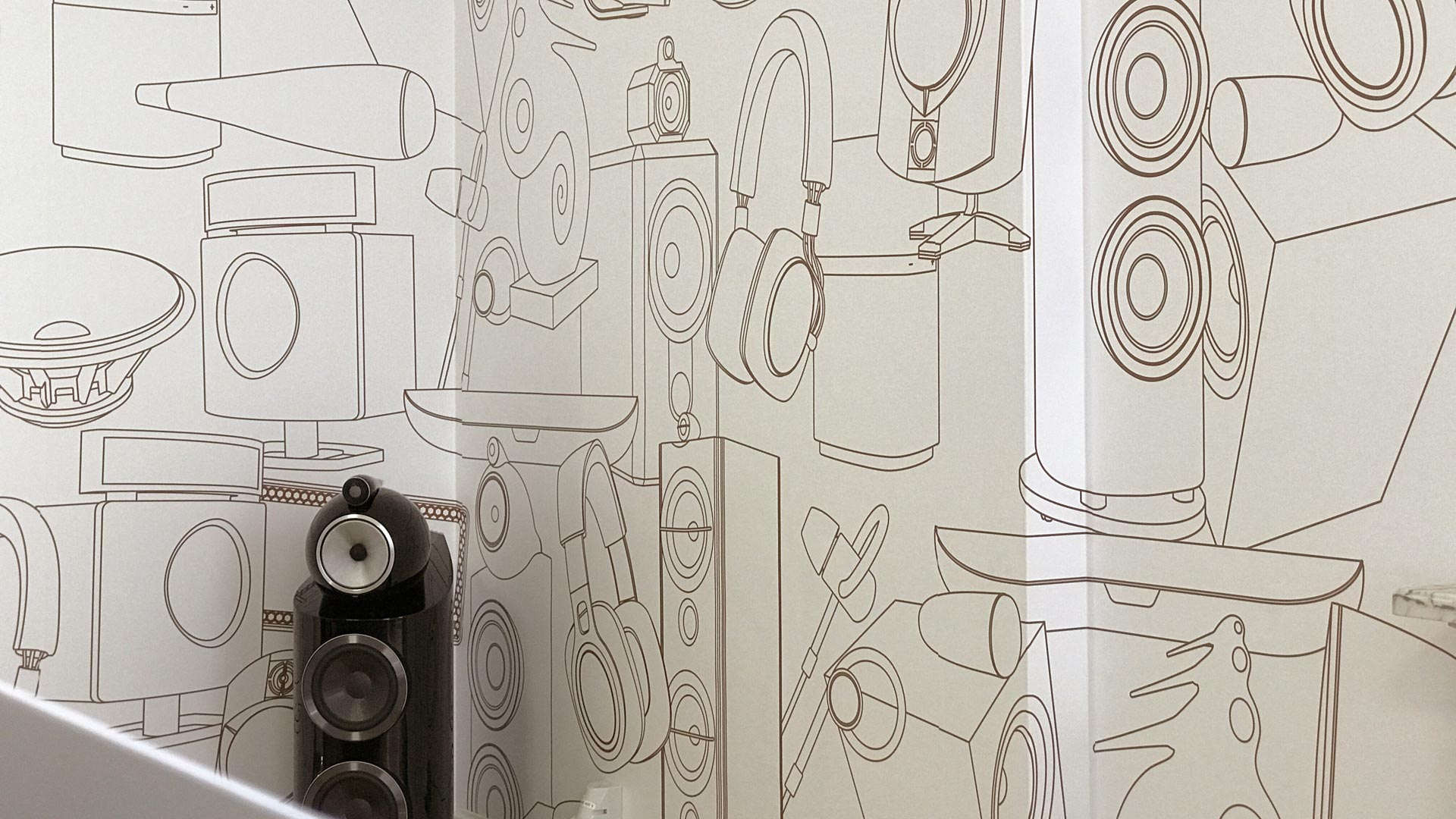 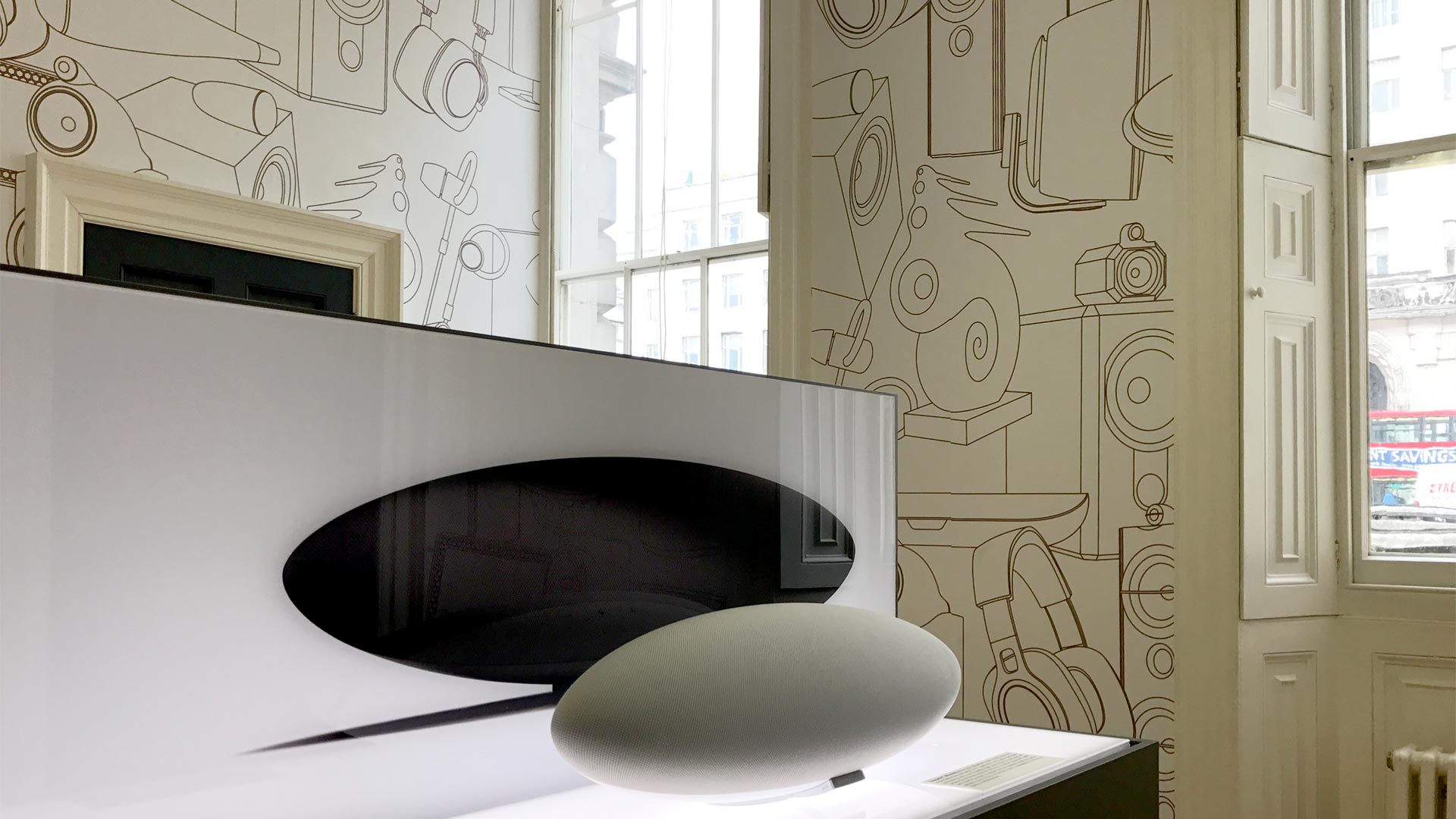 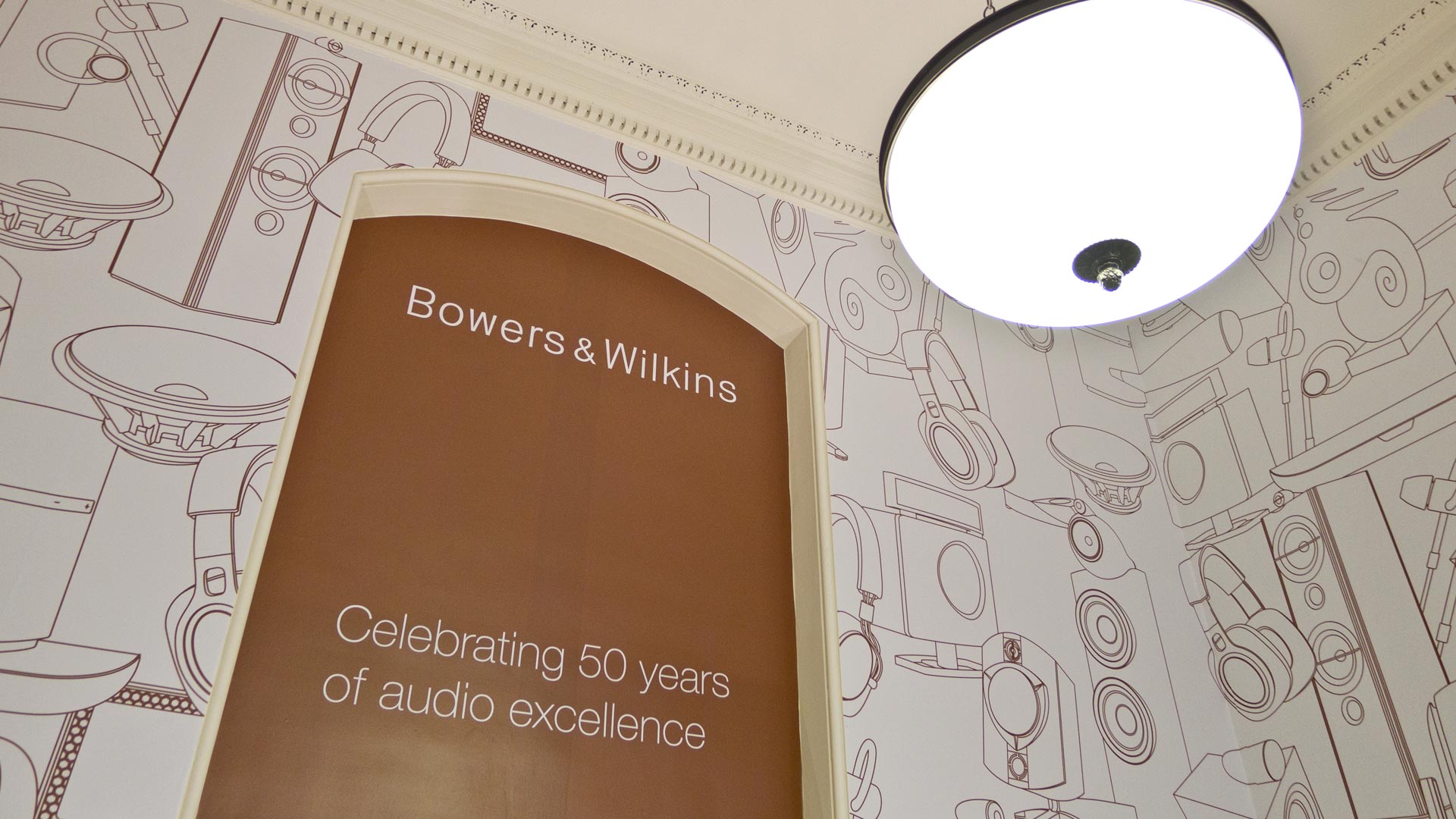 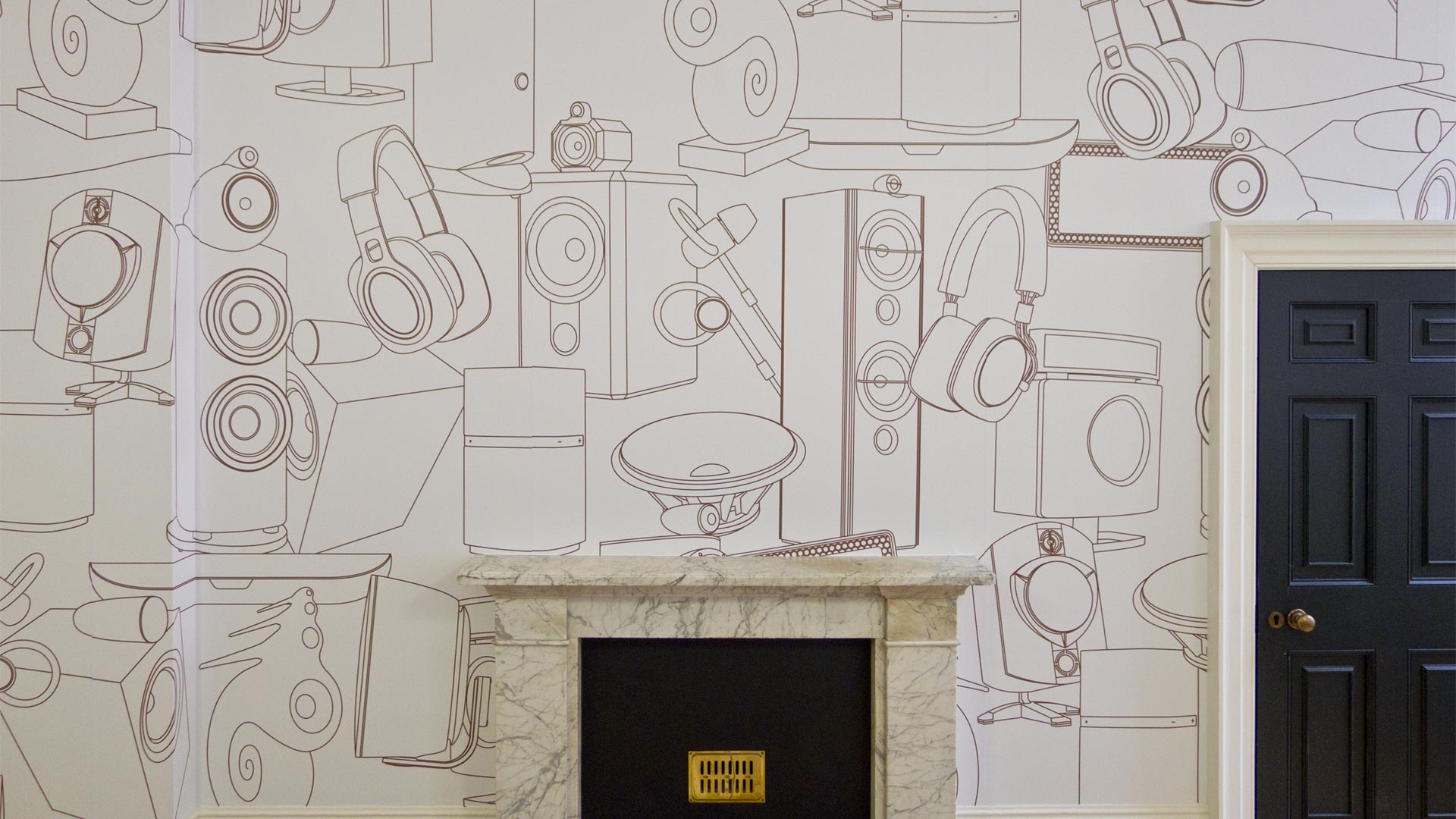 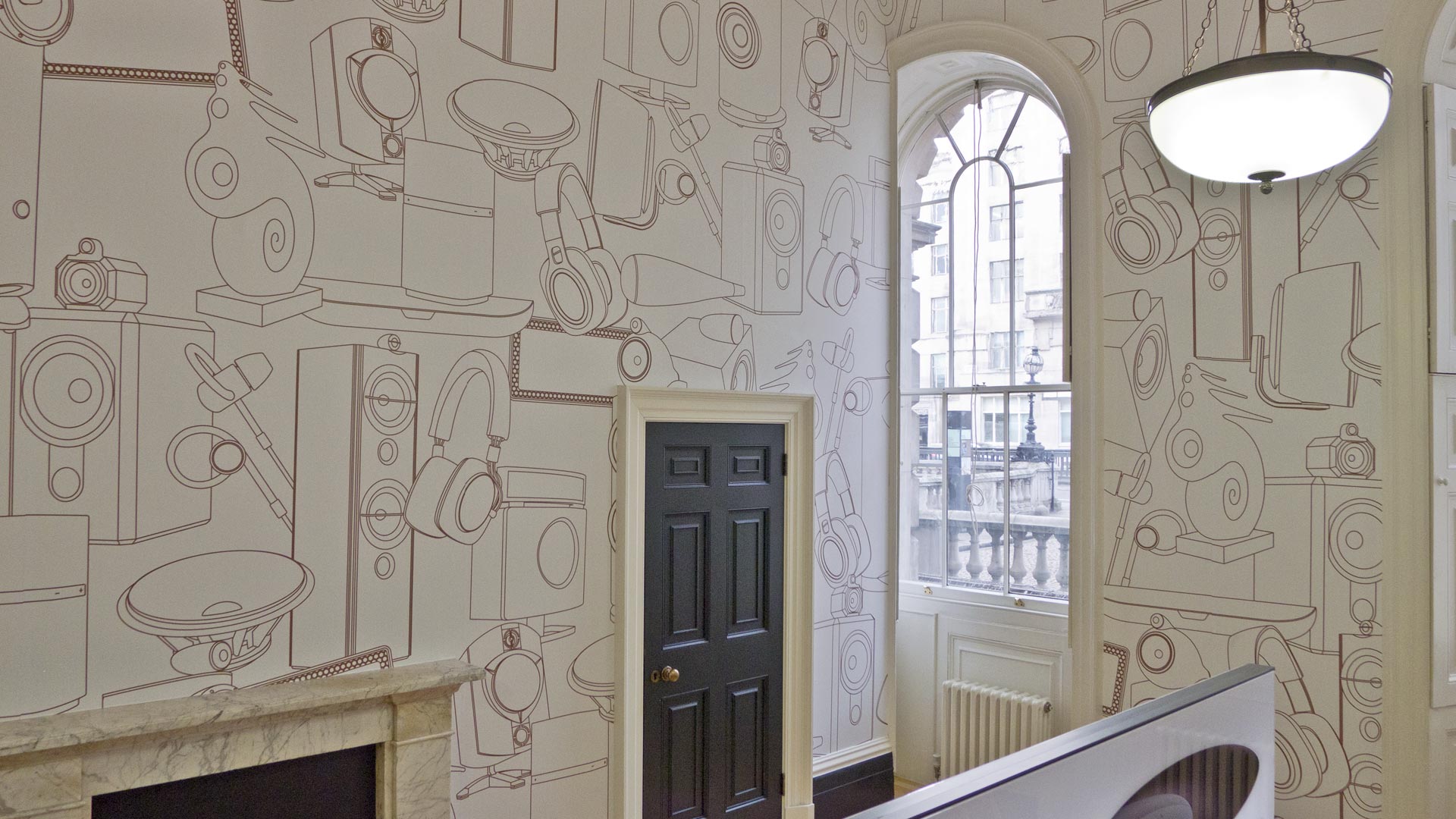 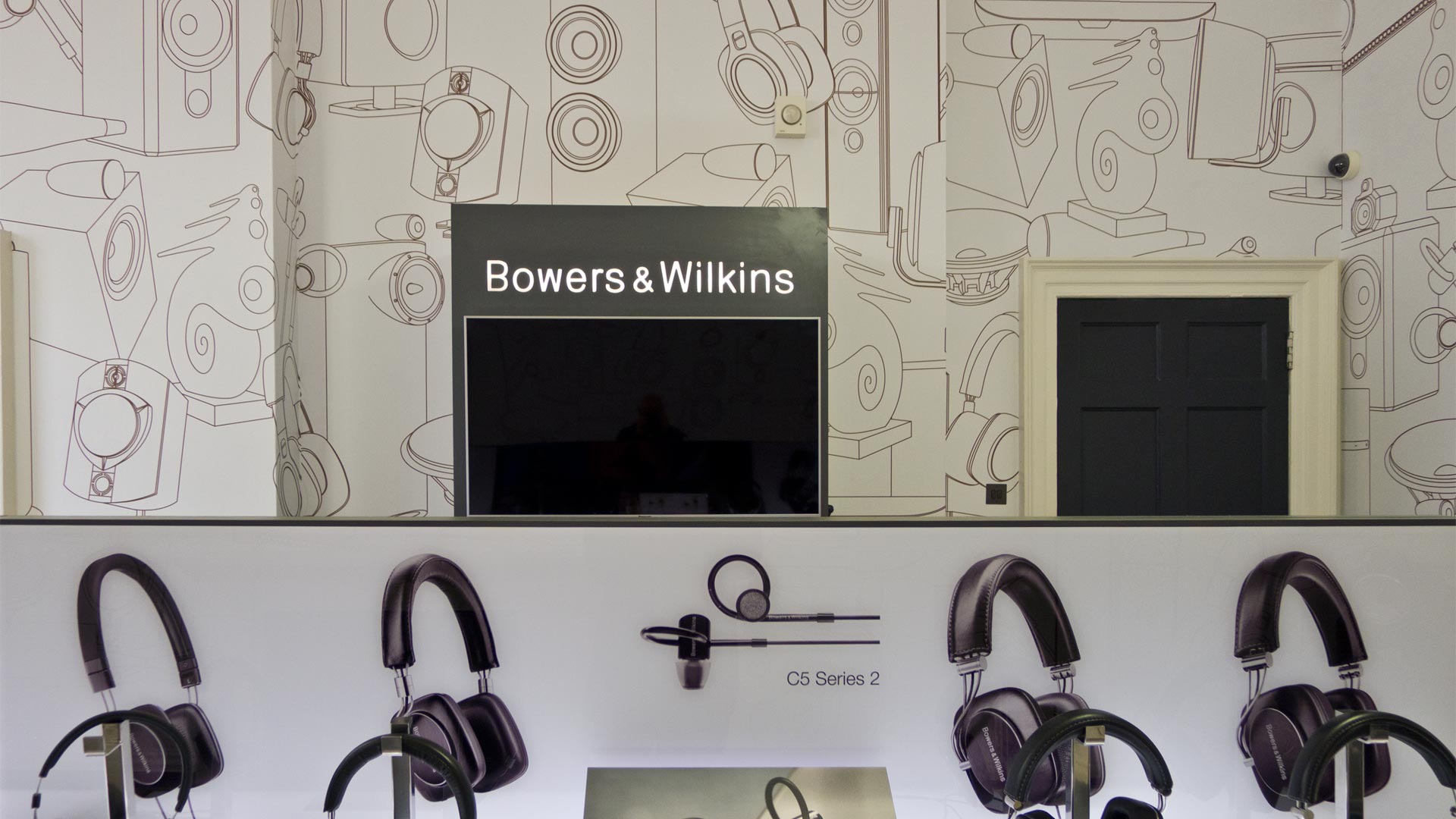 The event marked the 50th anniversary celebrations and was part of the programme of the jubilee conference that brought together Bowers & Wilkins distributors from all around the world.

In time-honoured 18th-century tradition the walls of the shop were decorated with printed wallpaper, but instead of the customary floral motifs, the pattern was made up of line drawings of the firm’s historic product highlights. 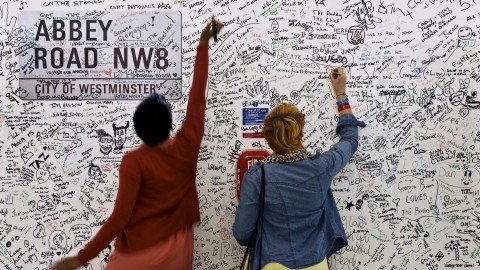 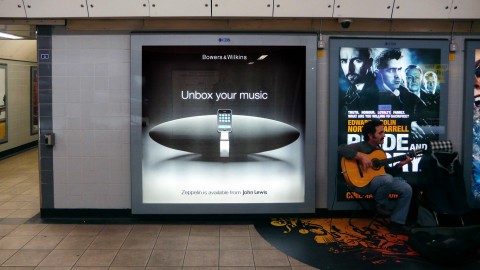