The HAL acronym has nothing to do with its namesake in Stanley Kubrick's film 2001: A Space Odyssey. It stands for Hardware Associates Limited.

Although Kubrick has always denied that the HAL name is based on a one letter shift from the name IBM, the suggestion is very convenient in the case of a computer merchant dealing in second hand PCs made more often than not by the Big Blue.

The IBM connection firmly established, Paul Rand's 1973 folder design for the computer giant with its stripy cover and 23 degree angled logotype provided the inspiration for the design of the HAL logotype.

Hardware Associates Limited (HAL) specialises in buying, selling and servicing second hand computers. The company name was inspired by the fictional HAL computer in the novel and film "2001 A Space Odyssey". Rumour has it that the three initals were derived by a one letter shift from the name IBM. 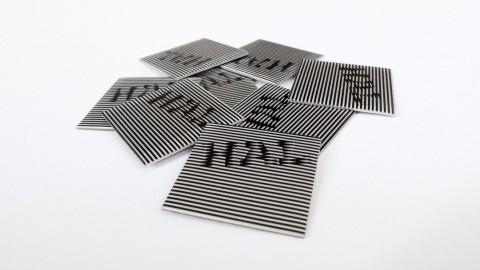