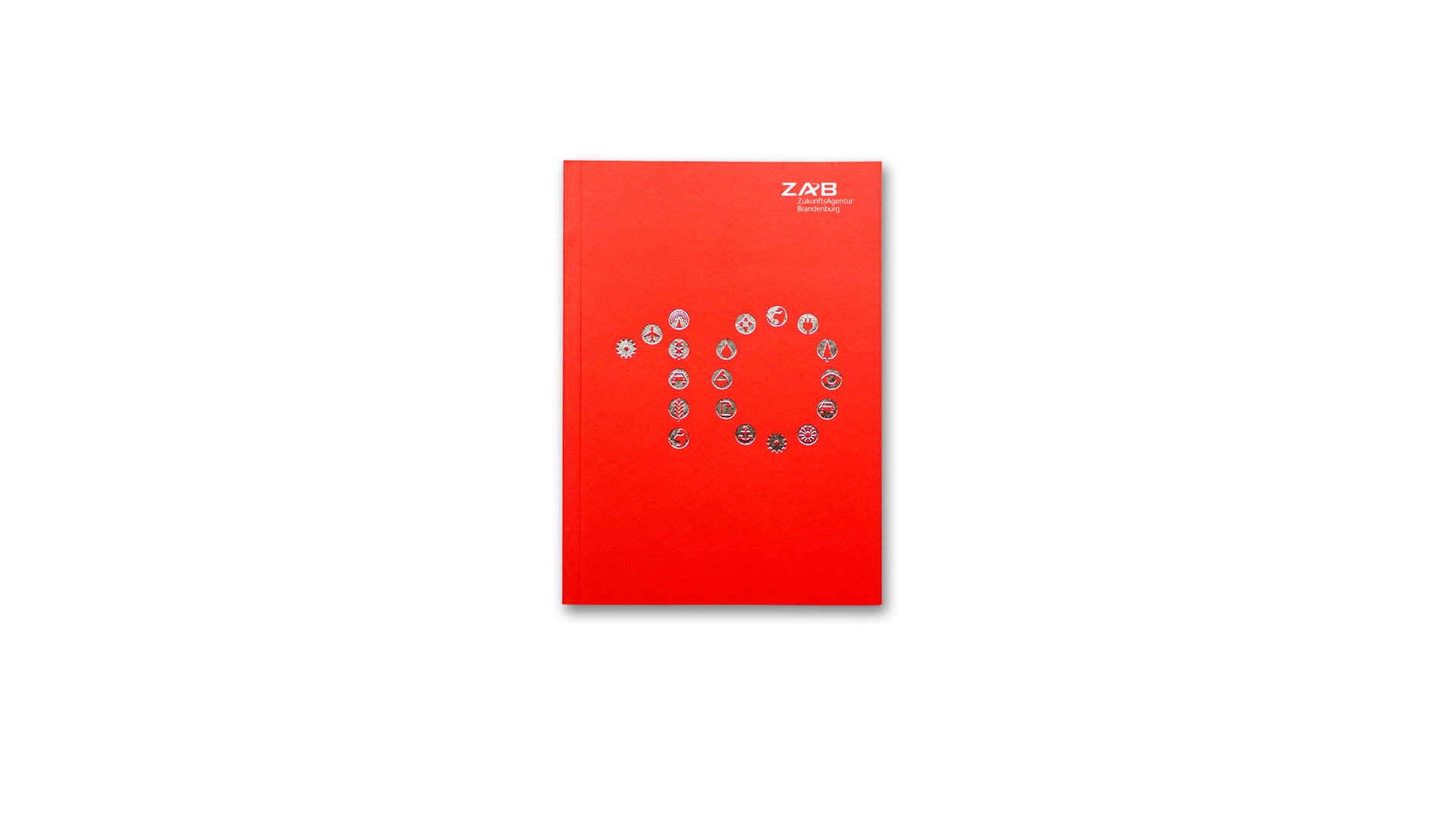 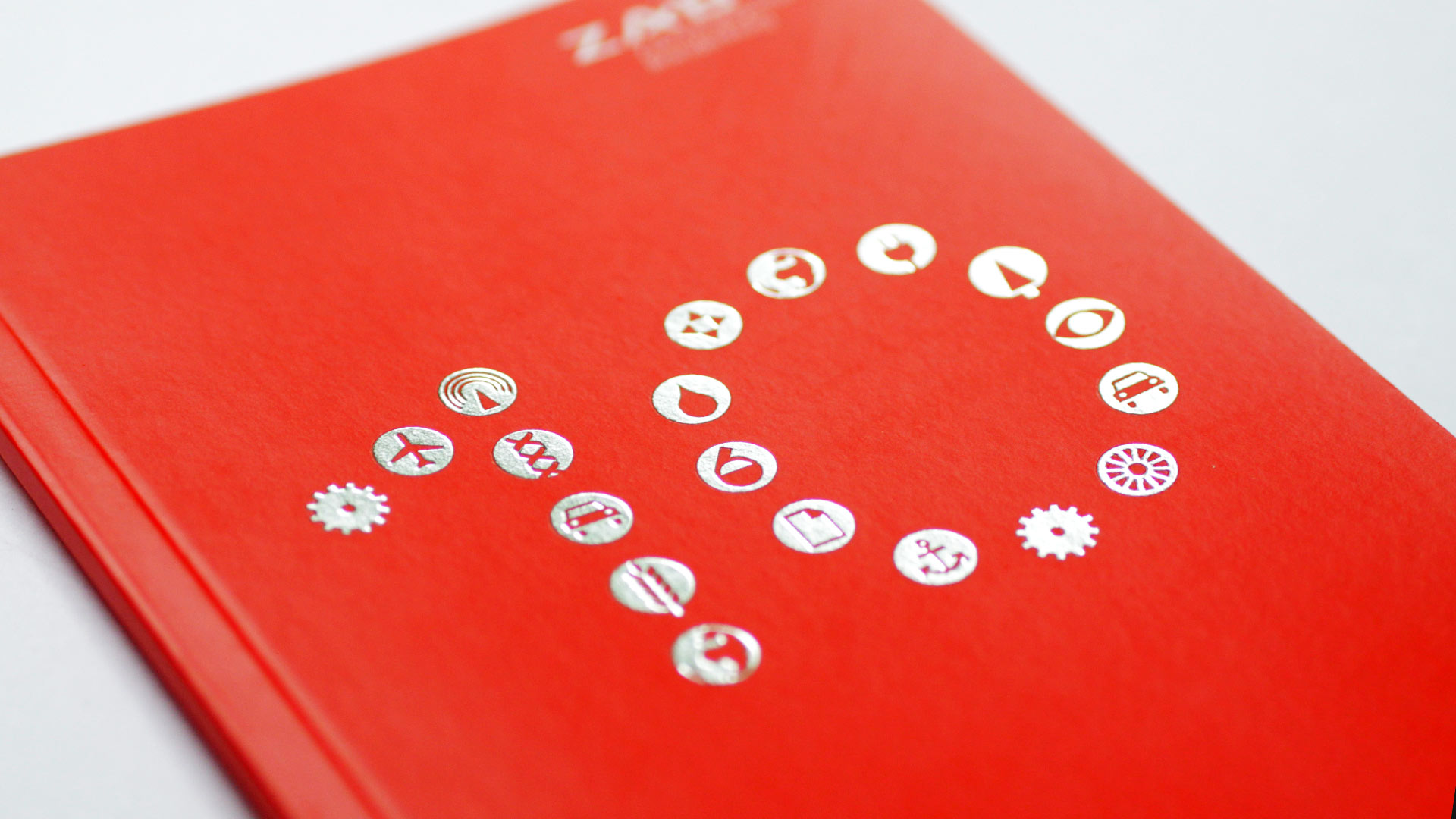 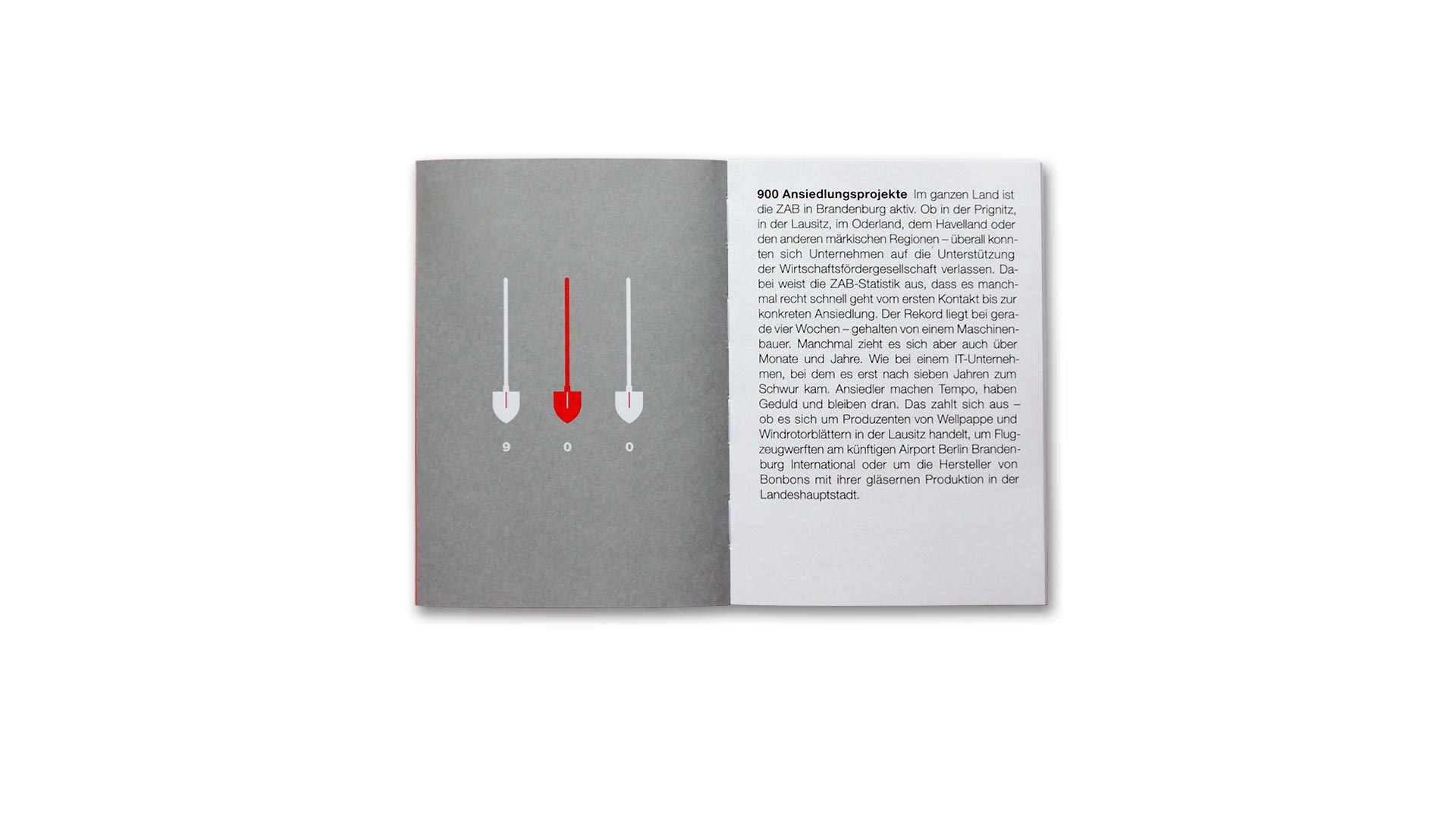 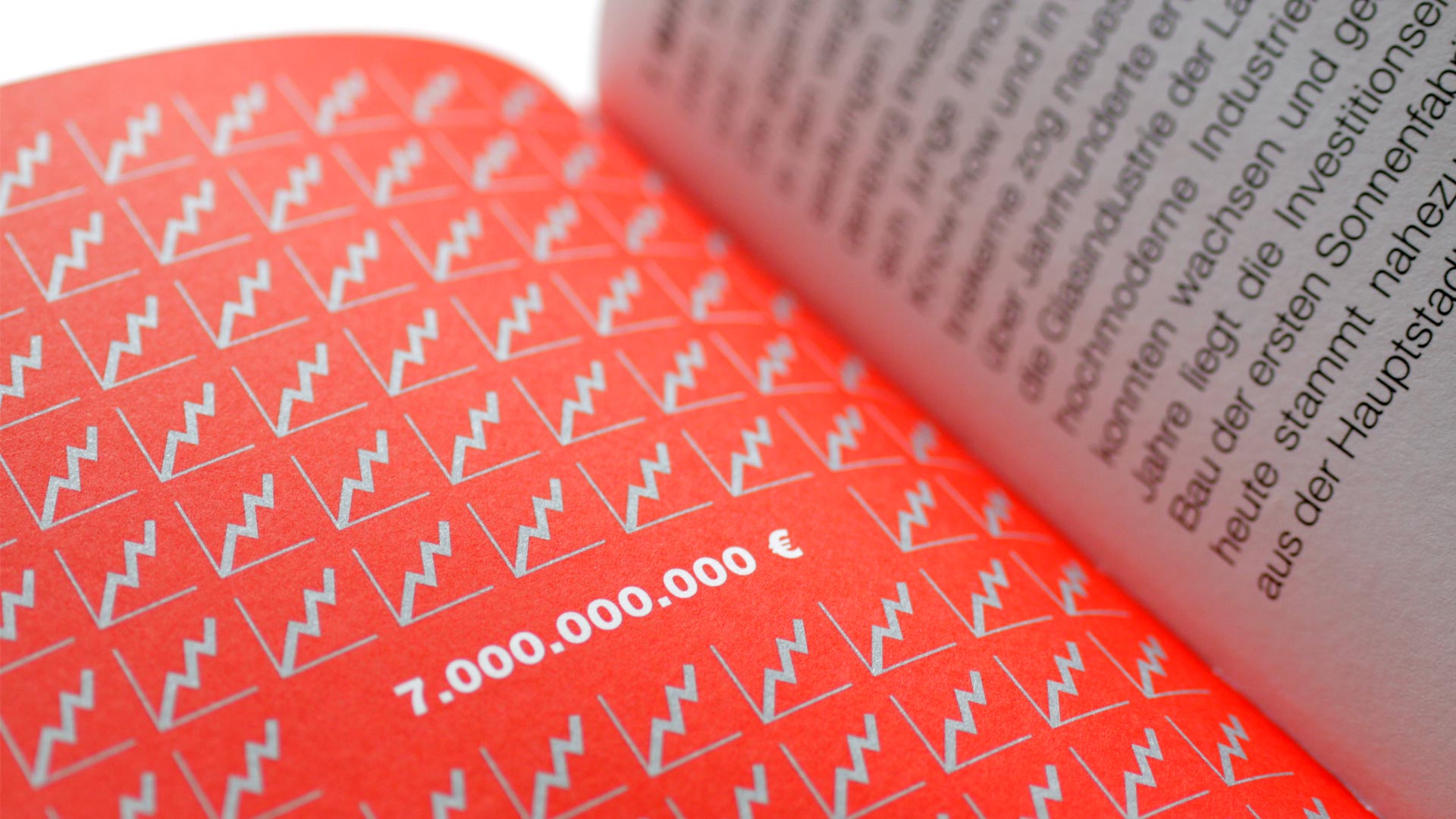 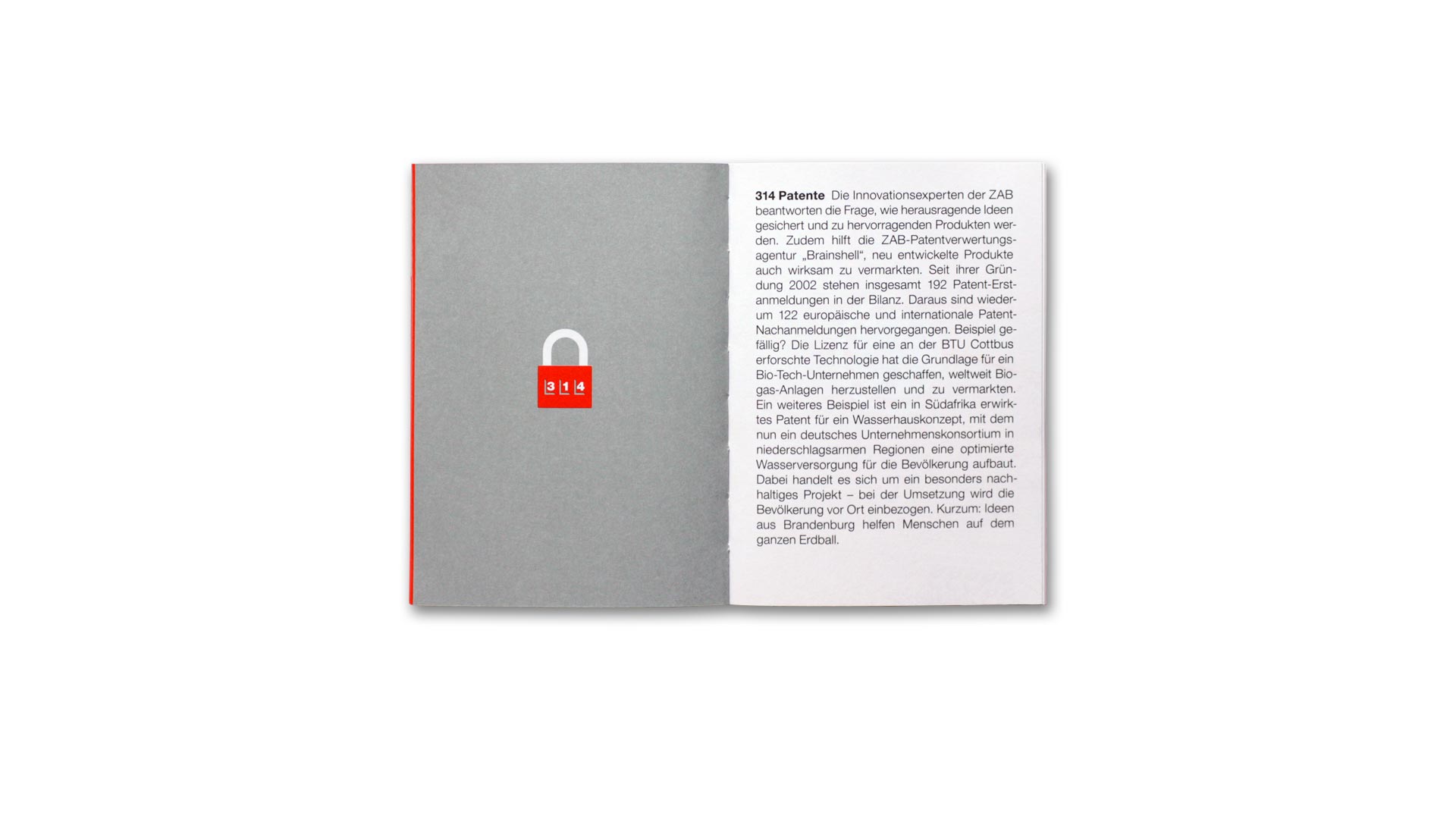 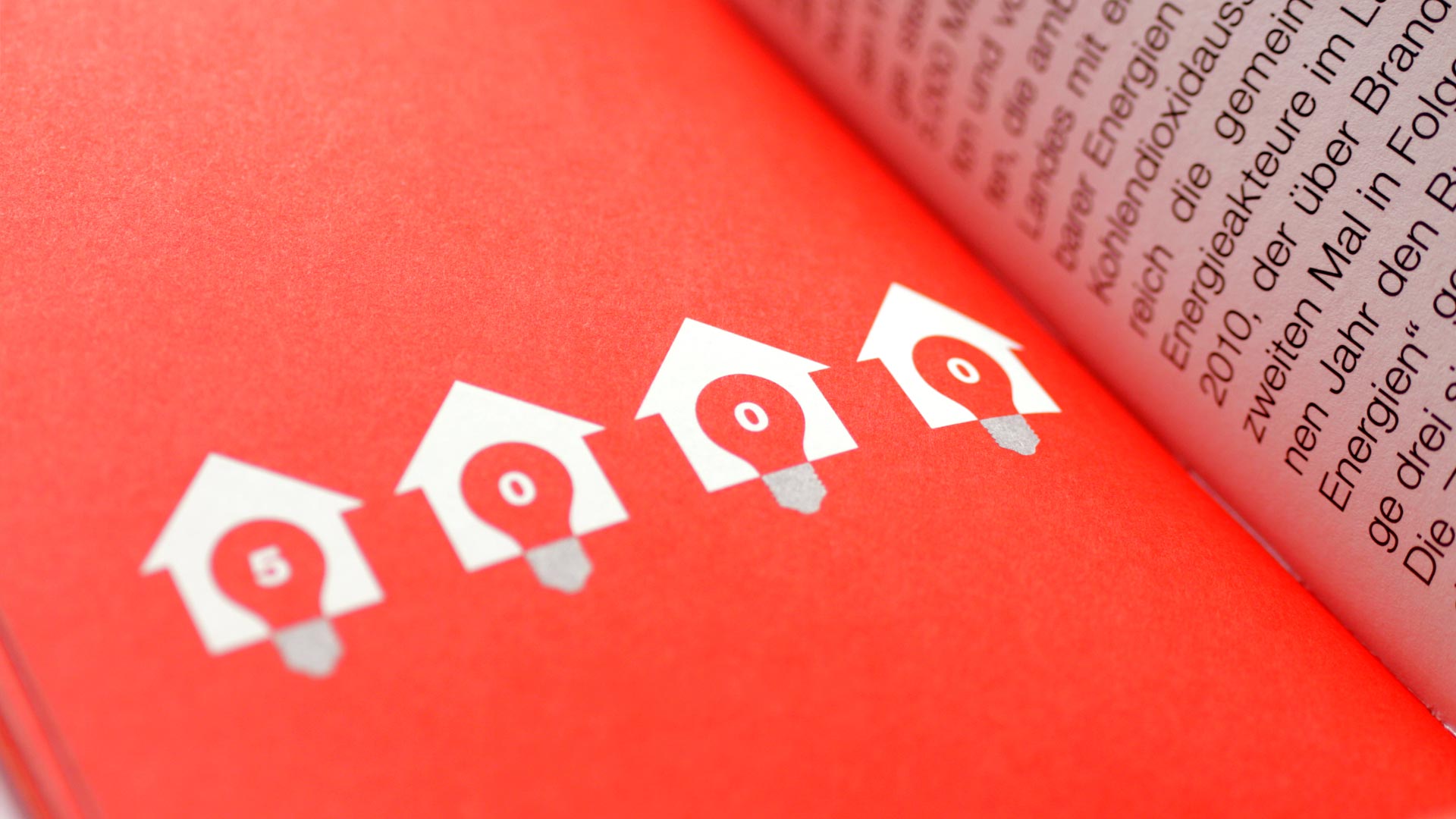 For the past ten years ZukunftsAgentur Brandenburg has been attracting inward investment into the region surrounding the German capital with a clear focus on innovation, technology and energy.

For the tenth anniversary the organisation commemorates its achievements with a little booklet of facts and figures: 32,000 new jobs, 900 companies relocated to the region and 5,000 cases of energy consultancy – to name but a few. Each of the ten facts is described and illustrated on a single spread, while the foiled number 10 made up of the various industry sectors lends the cover a suitably celebratory mood.

ZukunftsAgentur Brandenburg GmbH (ZAB) is Brandenburg's central agency for business development and for consultancy services in the fields of technology, innovation and energy.

ZAB can therefore offer a specialised range of services which focus on supporting the recipients of state, federal or EU subsidies and on providing assistance in all financing issues.

ZAB is a one-stop agency with a two-pronged approach: providing assistance for companies settling in Brandenburg and support for Brandenburg's companies wanting to invest abroad. 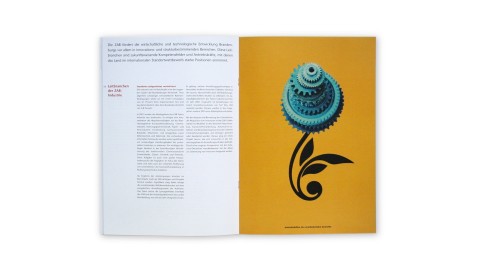 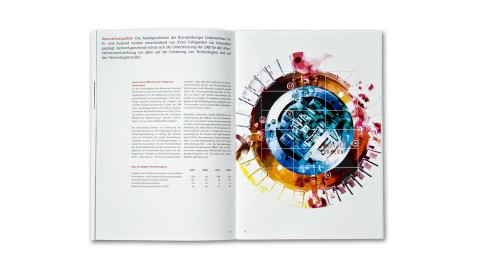 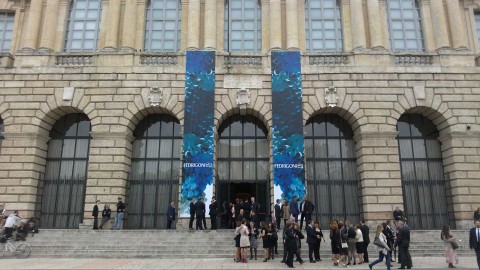 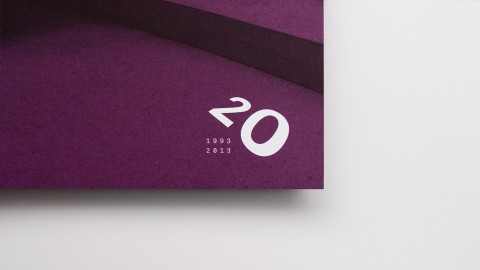