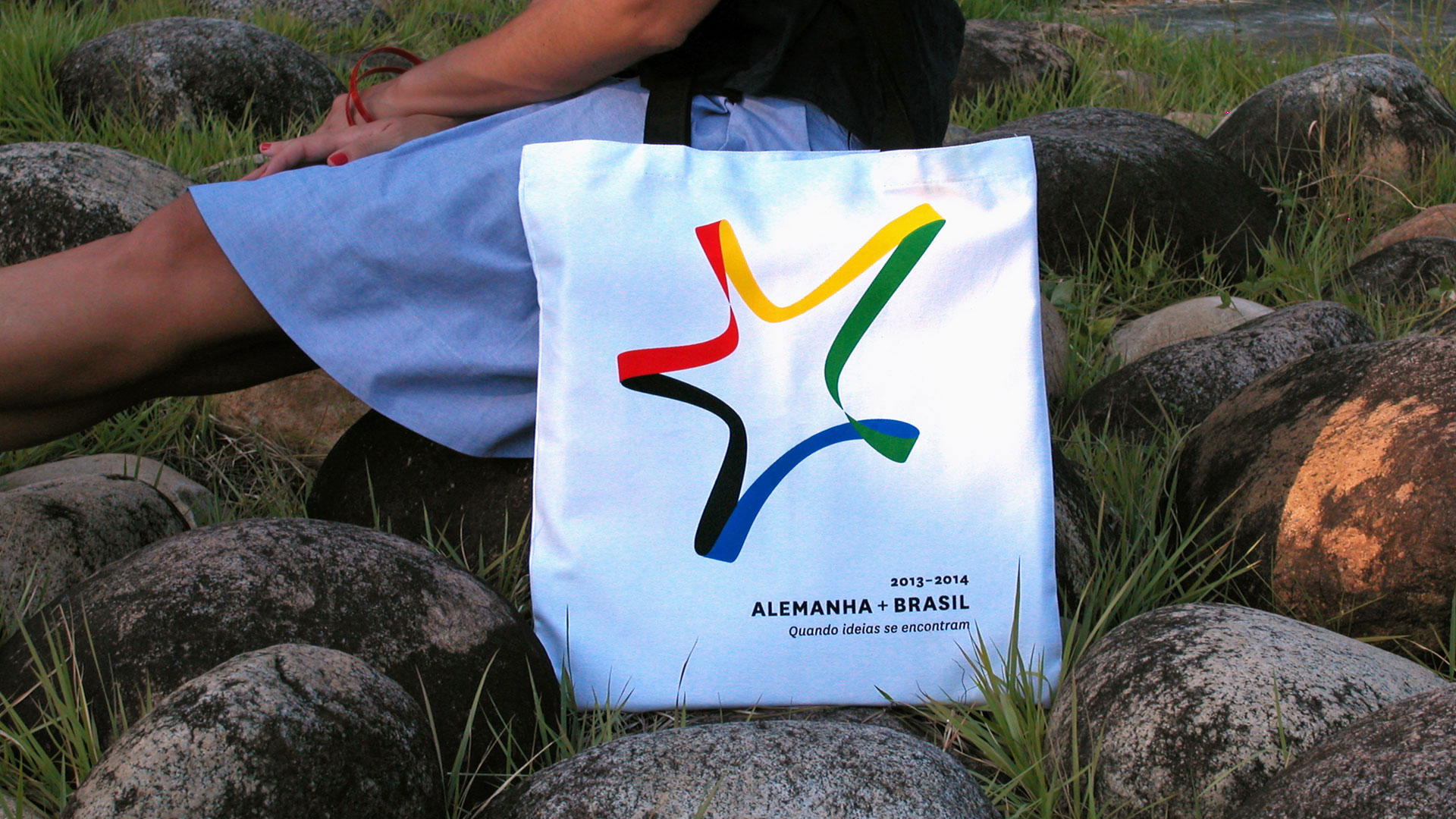 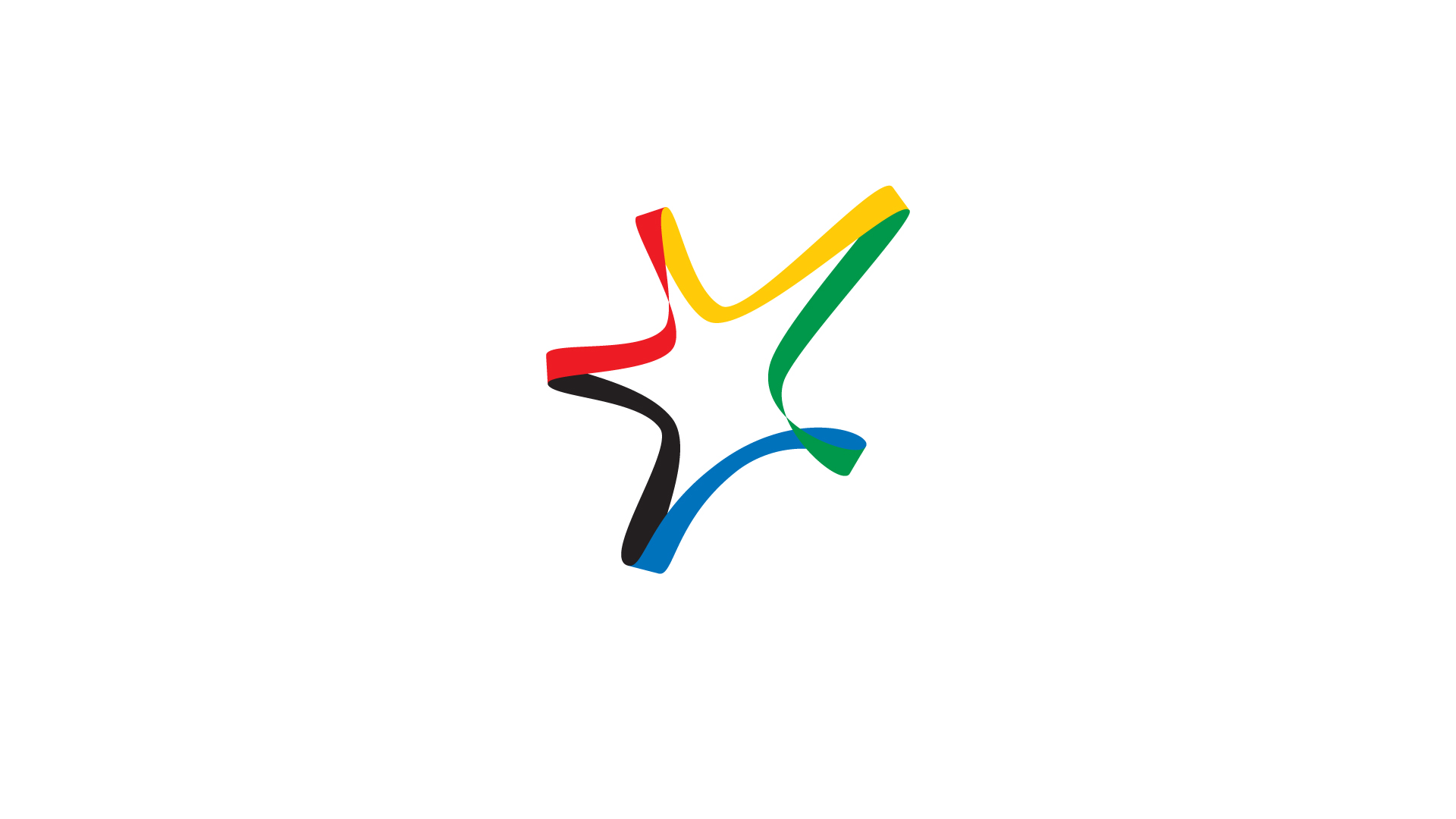 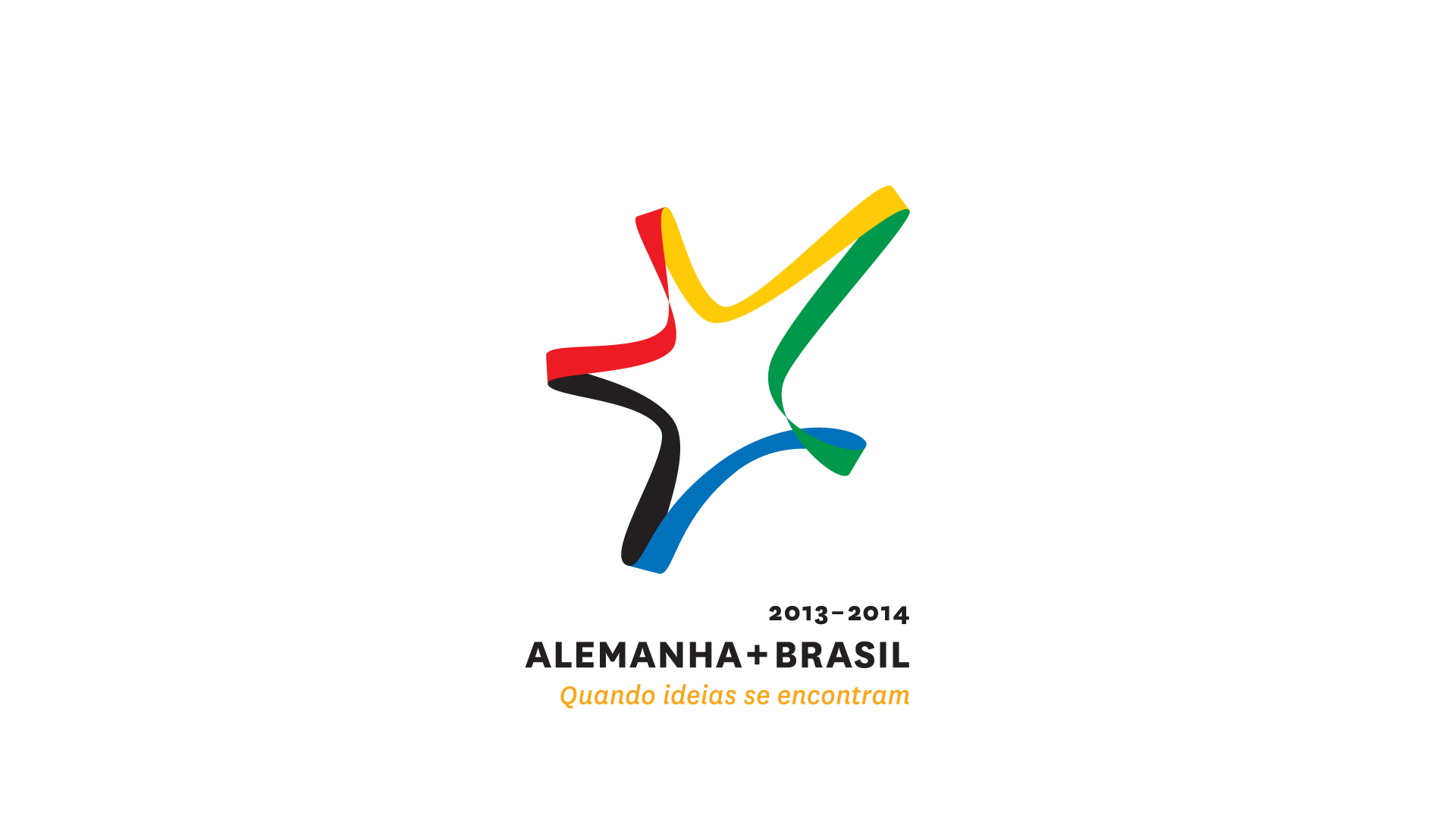 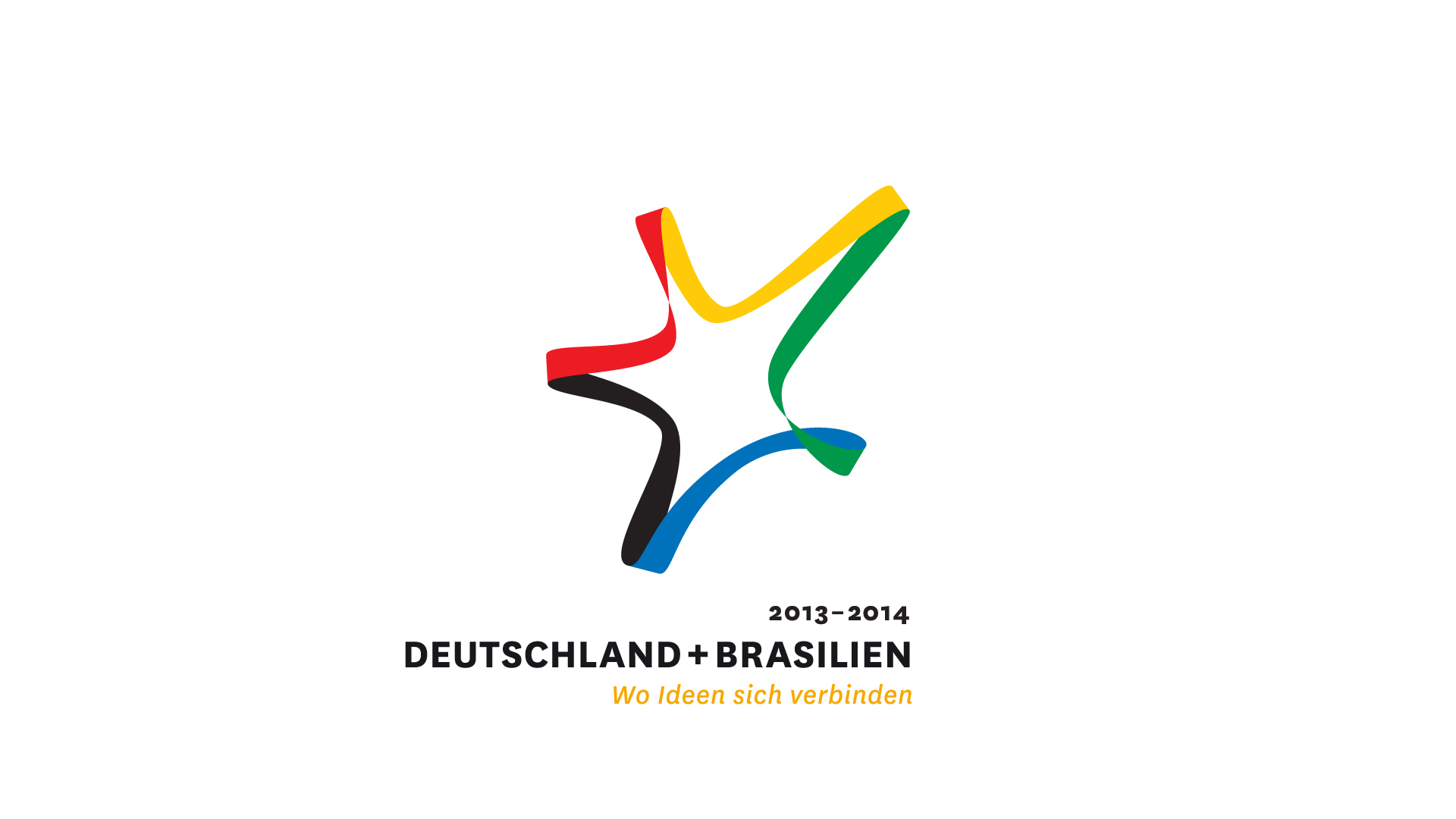 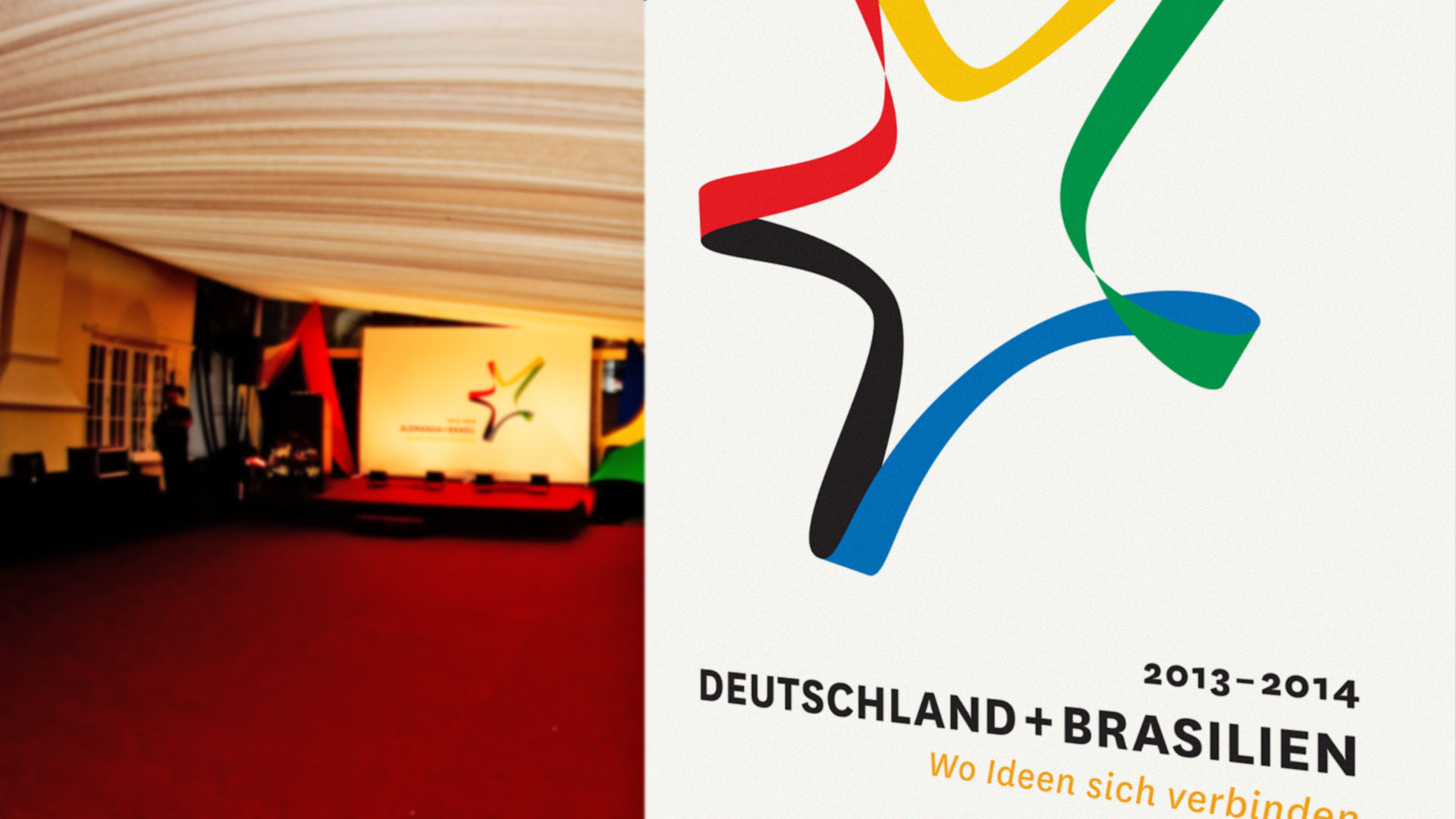 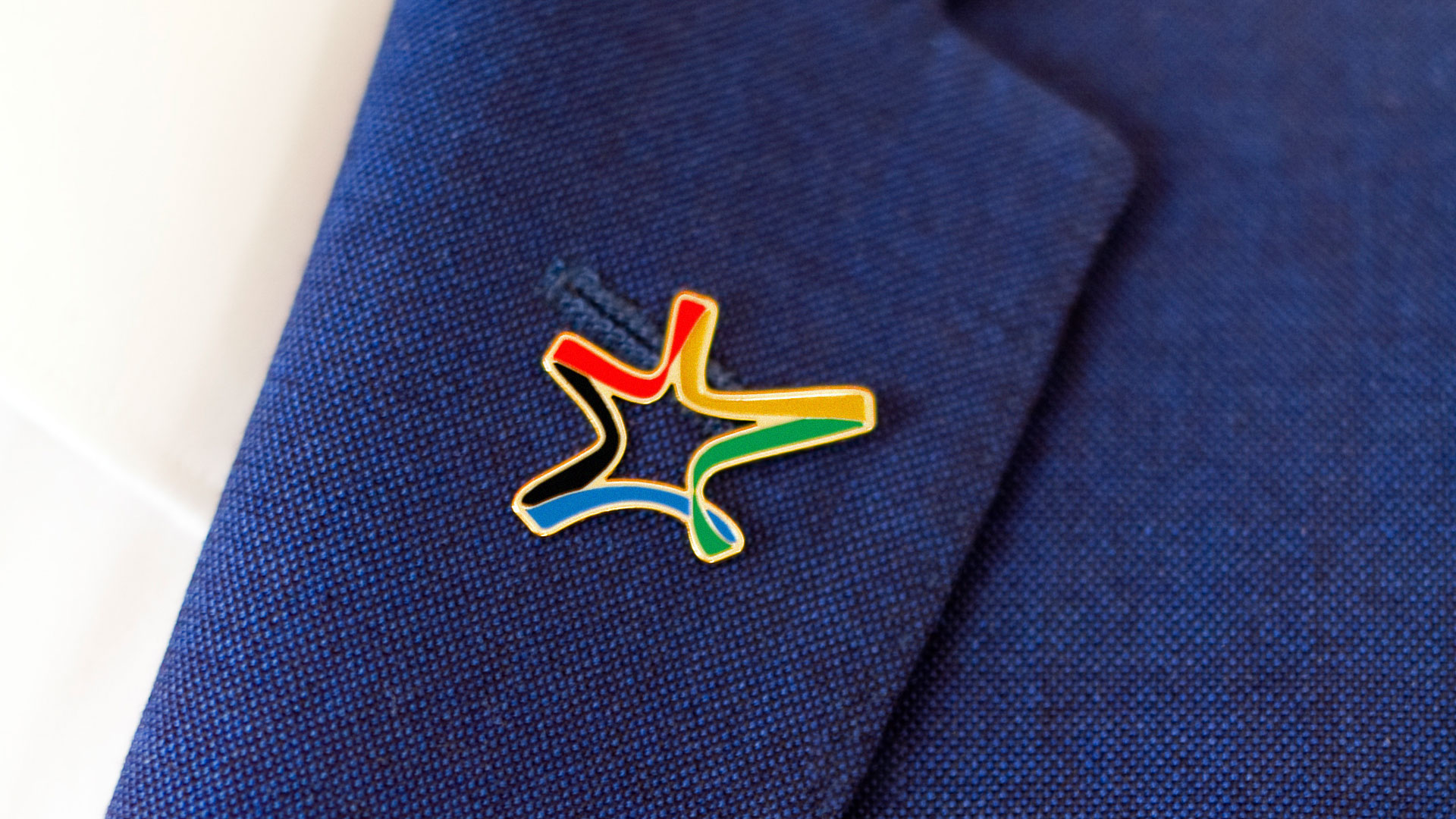 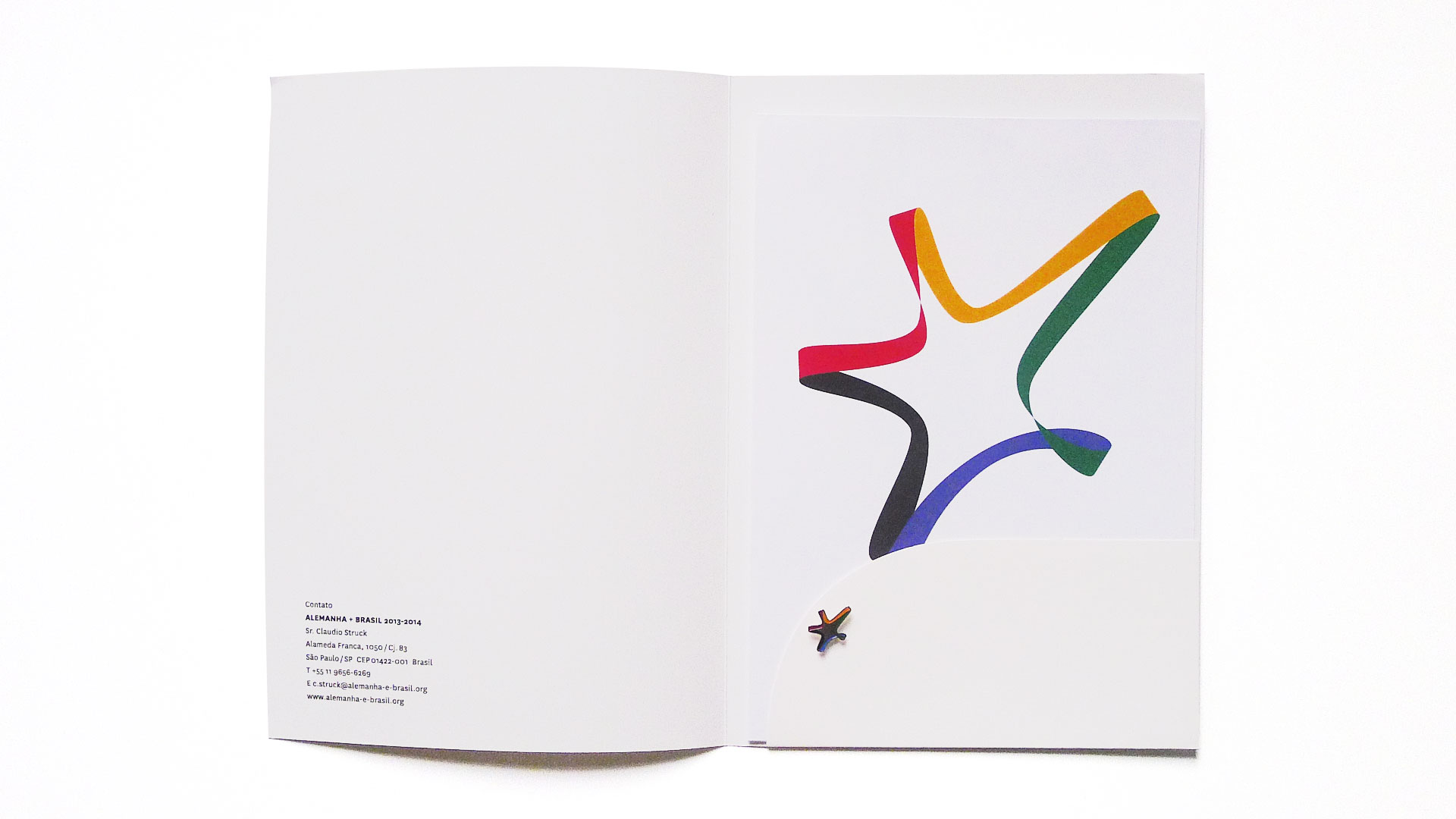 Germany and Brazil 2013–2014 is a project initiated by the German Federal Foreign Office to strengthen the ties between the two countries. A series of events in all major Brazilian cities, organised by the German Science and Innovation Centre São Paulo, present an up-to-date image of Germany to a largely Brazilian audience.

Despite the events' focus on innovation, technology and sustainability, the mark for the year long joint celebrations appeals first and foremost to the Brazilian zest for life. The colourful ribbon is not only an appropriate symbol for a joint future, the figure it forms at its centre is also a precursor of the fun to come.

The mark was launched on the 14th of February 2012 by the German Foreign Minister Guido Westerwelle in São Paulo.

The German Federal Foreign Office is responsible for the country's foreign politics and represents Germany’s interests globally.  With 2,200 staff at its headquarters in the capital Berlin and a network of 229 missions abroad, the Foreign Office maintains relations with other countries and international organisations.   The federal agency aims to communicate a positive, up-do-date image of Germany through its embassies and consulates-general and works closely with partners including business associations, unions as well as humanitarian and human rights organisations.

The BDI is the confederation of German industry and acts as the voice of German enterprises competing globally. With its extensive network in Germany, Europe and all important international markets, the BDI represents the political interests of its members and helps opening up new markets. In addition, the organisation offers advice on economic, political and various other industry related topics.

The BDI represents 38 industry associations and 100000 Companies with more than 8 million employees.

To encourage the exchange with international partners, the German Foreign Office and the German Ministry of Education and Research have established German Houses of Science and Innovation (DWIHs) in five countries.

The centres in Tokyo, New Dehli, Moscow, New York, and São Paulo serve as platforms to stimulate research cooperations and innovation projects between German universities, research institutions, innovation agencies and their partners in the host countries.   Central to establishing future collaborations between German and Brazilian institutions is a year long celebration of innovation, technology and sustainability masterminded by the German Science and Innovation Centre São Paulo. 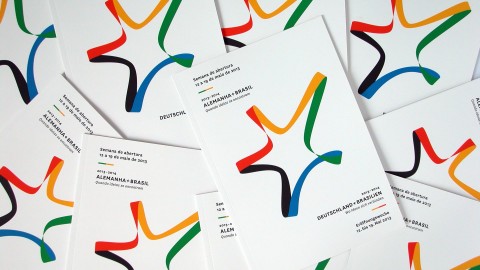 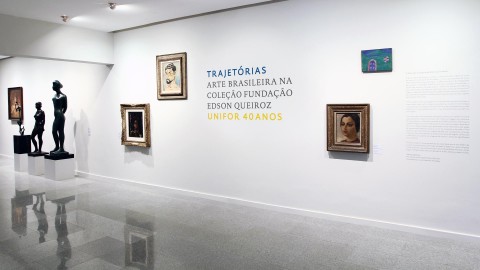 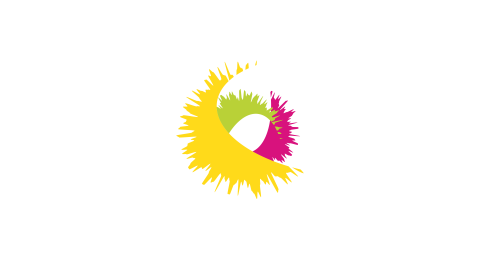